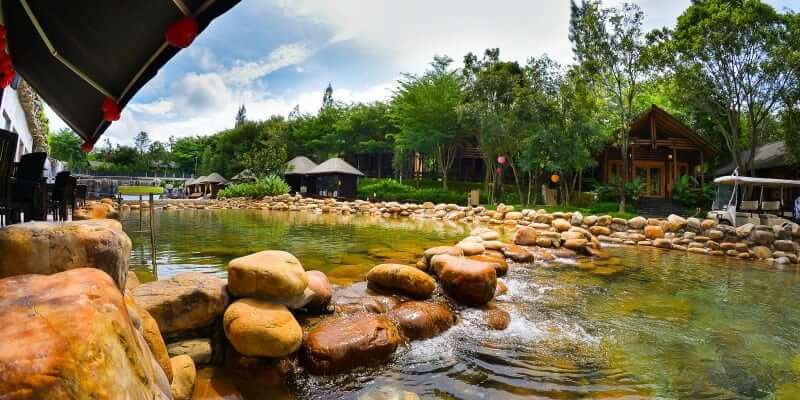 Upgrading Wi-Fi in a Worldclass Resort

Often called ‘heaven’ the 5 star Philea Resort & Spa in Melaka, Malaysia lies within an idyllic forest setting amongst waterfalls and nature providing peace and tranquility for guests.  Unfortunately the thick forest put its own limitations on the outdated Wi-Fi set-up throughout the resort to the point that the business owners needed to review upgrading Wi-Fi.

The existing network in this log resort in Malaysia needed an upgrade to provide full coverage both indoors and outdoors.  Outdoor villas spread throughout the rolling hills and lush green forest – all needing to be connected.

Altai was chosen specifically because it was one of the few solutions with the capability to penetrate thick forest, and provide less installation sites due to its superior coverage.

The resort is now fully covered by the Wi-Fi network for both indoors and outdoor areas. 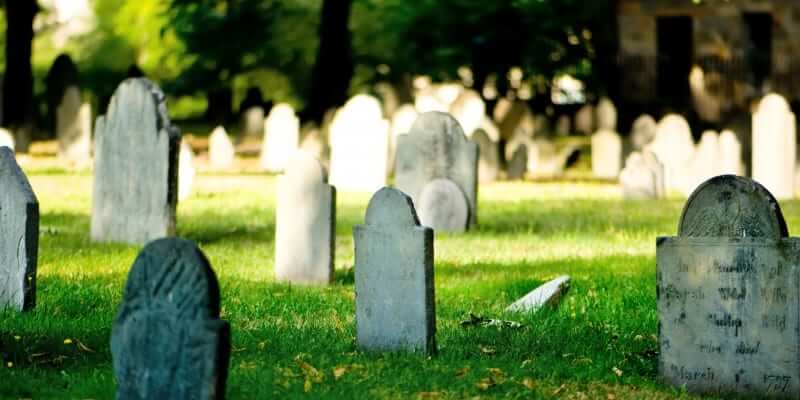 The availability of free Wi-Fi is no longer restricted to cafes, bars, restaurants, airports, shopping malls, pubs or hotels.  As the world goes hi-tech, you will be able to find free internet at places where you least expect it. Here are some unusual places across the globe where you will find free Wi-Fi.

The world’s highest peak, Mount Everest, became Internet friendly in 2010 when Ncell, a Nepalese telecom company, provided it with 3G data connection. Climbers can now find Wi-Fi hotspots all along the trek, to a height of 17,000 feet – the last point where you can take that envious selfie and update your social media status.

The moon may not offer you breathable air but it does promise you a Wi-Fi hotspot! The feat was made possible by the researchers from MIT (Lincoln Laboratory) and NASA. Four separate telescopes were put in used to send signals to a satellite that revolves around the moon. This satellite had a receiver mounted on it. The scientists used a laser transmitter to beam data in the form of pulses of IR light through the four telescopes. The laser transmitter then transmits the IR rays to the telescope mounted on the satellite, which then collects and aims the beam into an optical fiber. These pulses are first converted into electrical pulses using a photodetector and then into data. This Wi-Fi hotspot makes it possible to transmit data between Earth and the moon at a rate of 19.44 mbps and to download it at a rate of 622 mbps.

If you are one of the lucky ones with a ticket to travel to the International Space Station, you don’t have to return back to Earth to share your experience with your friends. Yes, you guessed it right – the artificial satellite, ISS also has a Wi-Fi hotspot. The free internet works through the Ku-band, a satellite communications system that delivers output of around 10 mbps down and 3 mbps up from the space station.

Digital technology has made its presence felt in the remotest areas of the globe and the North Pole is no exception. One of the coldest places in the world, the North Pole too found Internet connectivity in 2005, when two Moscow-based Intel employees set up a Wi-Fi hotspot here, making it the first wireless connection in the Arctic region. They set up a wireless LAN connection with Intel Centrino mobile tech on four laptops and an 802.11b/g access point at the main camp site. The network connects to the internet via an Iridium satellite phone.

Mount Girnar, the tallest mountain in the Indian state of Gujrat is home to 30 temples and is a famous pilgrimage site. Pilgrim’s progress to the 1100-metre tall mountain was made Wi-Fi enabled making it easier for 25 lakh tourists to remain connected with their families, friends during the trek to the seven peaks of the mountain.

Remote Villages of UP (India)

The strong winds of the digital revolution that are sweeping through India, transformed the lives of 2000 villagers in the state of Uttar Pradesh in India, for whom, till then, the nearest telephone was 6 kms away.  The Indian Institute of Technology, Kanpur, as part of its Digital Gangetic Plain Project, ensured WiFi connectivity to 10 villages located near the Lucknow-Kanpur highway, making the area a lone island of connectivity in a sea of rural roads, rice fields and thatched roofs.

Strange as it sounds but Oak Grove cemetery in Paducah, Kentucky has a free Wi-Fi hotspot.  The area was made Wi-Fi-enabled to allow visitors to conduct genealogy research and know more about the people who were buried there. On a similar note, free Wi-Fi connectivity is also provided in San José Cemetery in Granada, Spain.

The iconic Mount Fuji Mountain in Japan was made Internet-friendly with the launch of eight Wi-Fi spots all along the climb route including one on the summit. Officials say that the move was in response to the requests from American and European tourists who wanted to share their experiences with family and friends while on the move. Besides, the authorities also wanted to attract more visitors to the mountain.

You read it right — Wi-Fi hotspots on donkeys! The innovative move was made a few years back in the historical amusement park in Israel. The park attempts to create life from the first and second centuries AD. The donkeys carry a small bag containing a router around their necks. The tourists can document their experience and share it on the social media.

If you are looking for the best selfies on a holiday, Val d’Isere, in France is a great place to head to. The place now offers a Wi-Fi gondola and so now you can take photos of the stunning views from your ski lift and post them straight to your Facebook.

Canada has introduced several Wi-Fi spots in its national parks. Given the stunning beauty of these parks, the authorities are making them more Internet-friendly to attract more visitors and allow them to instantly share their experiences. While there, you will also be able to connect to GPS to get the most value from your visit.

Last but not least Waikiki Beach, Hawaii USA – using Altai SuperWifi products! For most people, a beach break is a way to get away from it all. However, if you can’t resist a peek into your social media or emails over the piña colada then Waikiki beach is for you. Along the sun and sand, you also have with Wi-Fi hotspots for company. 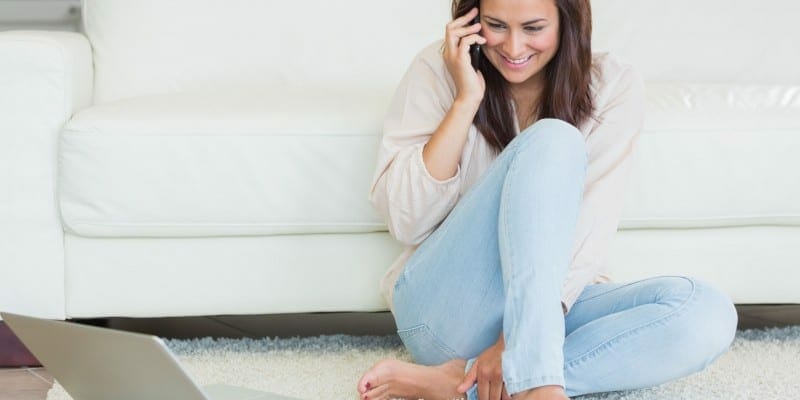 The economical Altai A2c, together with the controller-less cloud-based 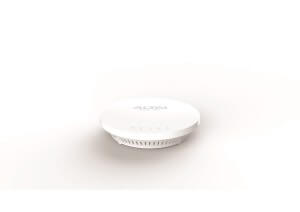 AltaiCare and its pay-as-you-grow subscription model supports a wide range of applications such as social login, advertisement engine, detailed login statistics, hotspot authentication, guest access, firewall, and intrusion detection.  These features allow either enterprises to set up their private networks easily, or WISPs to quickly deploy and monetise hotspot services.

“Nowadays, deploying digital technology is a must for every company that wants to stay competitive, however, not many companies have the expertise and budget for upgrading their existing facilities,” said Dr. Raymond Leung, CEO of Altai Technologies. “With our new A2c hotspot solution, Altai is enabling service providers to quickly set up their Wi-Fi networks for IoT applications.  In conjunction with our functionality and feature rich AltaiCare platform, our new hotspot solution allows enterprises to manage their Wi-Fi networks and collect visitor information easily and economically for big data analytics. Enterprises can also opt for off- or on-premises AltaiCare versions, depending on their business requirements.”

The Altai Super WiFi Solutions deliver best of class performance and a highly reliable Wi-Fi experience. With Altai’s smart Wi-Fi technologies, including superior RF and filter design, as well as a software-based interference mitigation and RF optimisation suite, the Altai A2c provides up to 50% larger coverage and therefore minimises the number of access points required for any Wi-Fi network, resulting in lower total cost of ownership.

The Altai Super WiFi Solution has been proven in many different applications, helping service providers with an increasing number of mobile users and interference to solve the capacity and coverage challenges in a cost-effective way.