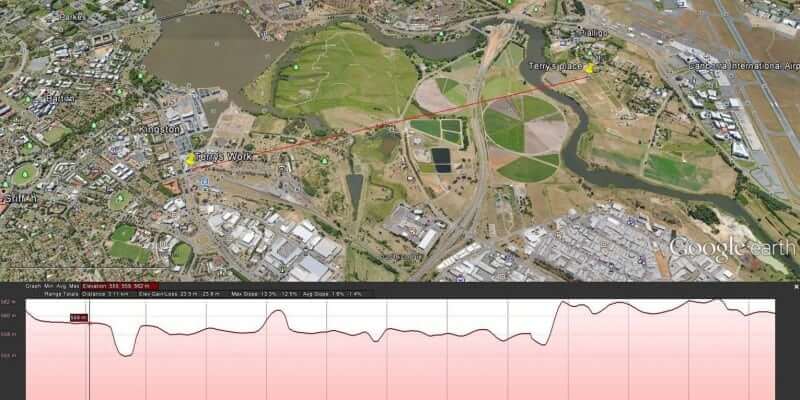 The install could not have been easier, in fact there was full strength at each end first time and the speed test from the home was running at 55meg, the same speed as the office. Now the family enjoys Netflix, internet, two way CCTV and security, even “in house” IP office telephony.

Client: Award winning Architect Terry Ring from Ring & Associates built his own home in the suburb of Pialligo, ACT in 2015, in 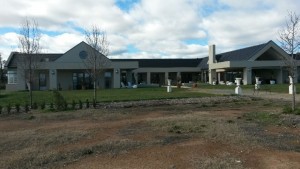 the middle of a winery estate and had gone with minimal mobile and wireless services since moving in as the site was labelled “off the grid” by all the carriers and the NBN – even though he only lived 5km from Parliament House.   Quotes for the cost of laying lines to access internet, ranged from the tens of thousands of dollars to “Can’t be done”.

Upon contacting NBN data cabling and installation experts Transfibre P/L, Principal Greg Baker suggested that a point to point bridge be provided from his office to take advantage of the recently connected NBN.

The offices for Ring and Associates Architects are located in Kingston, ACT – approx. 3km away from Terry’s new house.

The customer needed to work from home and utilising his office NBN and high speed data would solve his home connectivity problems plus allow him to exploit wireless for additional services like a remote IP phone service and connective security including CCTV.

The C1xan is a key component in wireless broadband access provisioning and perfect for use as a low cost point-to-point bridge. It can be installed outdoors by the side of a window, mounted to a wall, at the rooftop of a building or placed at the desktop inside for fixed broadband access or high definition surveillance cameras.

The installation took less than 2 days. 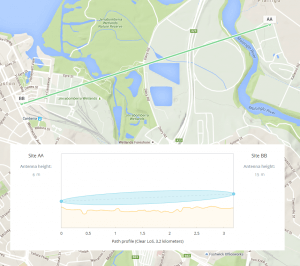 A site survey was undertaken and the path profile between the two sites was determined – the antenna height at the office was
determined to be 15 metres, with a 6 metre high antenna used at the residence. These heights provided a near clear line of site between the two ensuring a successful point-to-point deployment.

Being near the Canberra airport, care had to be taken to ensure that the radio frequency didn’t interfere with the airport radar systems.

Extending NBN – Contact Us Today about your Wi-Fi Options

This installation was undertaken by Powertec Wi-Fi Partner Greg Baker from Transfibre P/L based in Townsville St, Fyshwick, ACT 2609. To ask Greg for more information you can contact him by email on [email protected] or direct by phone on 0418 483 000.

Powertec have access to a number of installers across Australia who specialise in Wi-Fi installations including extending the NBN signal. For a referral to a local expert on mobile and Wi-Fi solutions in your area, please contact us at Powertec. 07 5577 0500 or [email protected]